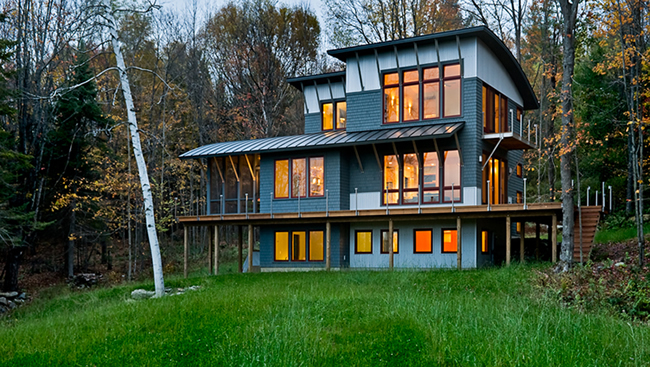 You want cheaper windows for your home in Jackson Hole, Wyoming, right? Replacement windows and doors are not the kind of things that most homeowners really want to be spending their hard earned money on. After all, you already have windows and, barring a major mishap, they are still intact.

So you plan on getting something that will fit in the frame, usually the same exact type of windows, but something that doesn’t look like it came from the 19th century. So you begin your shopping for replacement windows with that mindset in place.

There are a number of risks associated with getting cheap windows, and you might not have thought about them until now. We’re going to try and shed light on why it’s not such a great idea to go out and look for the cheapest type of windows that you can find.

When you buy cheaper replacement windows, or even entrance doors, you are setting yourself up to not be able to save much money on your utility bills at all. While any type of new windows will likely offer you some amount of savings on your winter heating bills or summer cooling bills, the amount that you save with cheap windows will be almost negligible.

The amount of energy efficiency a window offers will depend not only on the type of window, but also the materials that are used to construct it.

Take, for example, a front door for your home. You can choose from a wide range of styles and structures, right? If you choose the cheapest kind of front door because you want to save as much money as possible, the guess what? The material that it used to make this door will likely be low quality. You might be looking at a thin layer of aluminum on the outside with some form of insulating compound in the middle. This will likely offer some protection against the cold, but it won’t stack up to what a solid oak door would do for you. Of course, that solid oak door will also cost you thousands of dollars more.

So, you see, the more you try to save money, the cheaper the products will be. This holds true when it comes to replacement windows as well.

When you choose cheap windows that are made from vinyl for the frame, that doesn’t mean they are not going to look good. It’s also not to say that you’re going to find all vinyl windows to be low quality. There are plenty of high quality vinyl windows, but it’s the construction of the actual window, the materials that are used inside the frame, and the layers of glass, the thickness of the glass, and the type of sealant gas that is used between them.

Did you know that if you chose a triple glazed window that was sealed with krypton gas, you could save over 80 percent on your energy efficiency (heating bills) than compared to basic, single pane glass?

The more you invest in the higher quality windows, the more you’re going to save over time. Yes, it will be a more significant investment in the beginning, but you will begin to recoup the cost of those windows during the first month that you have to get the fireplace going or turn on the heat in your home.

The second thing that you should think about when it comes to buying cheaper windows is that you might not get a high quality warranty from the manufacturer. Maybe you’d be lucky to receive a one year warranty on the parts and construction of the windows.

That might not be a major problem, but that doesn’t mean you’re safe. The lower the quality windows, the cheaper that they are, the more likely they are machine made. While this is fine, there are always going to be flaws when you have machine made products.

A latch could be flawed and could break. A hinge could come undone. A clasp could fail. The window could warp and that would make it almost impossible to open or close. There are a hundred different reasons why your replacement windows could fail and it’s nice to know that they are covered by the manufacturer’s warranty.

The cheaper the windows, the less you’re going to want to spend on installation. That means you’re likely going to have someone without a great deal of experience installing windows. Sure, they may have construction experience, but maybe not directly with windows.

Maybe they do have experience, but they might not pay attention to all of the little, important details, such as ensuring that the insulation around the outside of the wall frame for the window is in place.

If you have cheap windows that are installed poorly, you’re getting the worst part of the deal.

Where could you get this kind of service? At the companies that focus on offering you the cheapest possible windows. These are usually the large, national companies that have a number of other home improvement products to offer as well.

Small, independent companies that serve Jackson Hole and the surrounding region are going to rarely ever offer their customers cheap windows. They don’t believe in them. They (most of them) have been around long enough to know that when you sell cheap windows, you’re going to have dissatisfied customers in the window, no matter how much they save at the point of purchase.

Your home is important to you. So is your family. Act like it when you are looking into replacement windows and doors and focus on the windows that will actually make a difference in your home. When you do, you’re going to be more than pleased with not only the quality of windows and the way they look in your home, but also in how much you end up saving during the winter months.

The right windows, quality windows and doors, will save you money every month for years to come. Risking getting cheap windows just isn’t worth it.

When you want the best windows and doors for your home, call on the experts at View Point Inc.

Request a FREE, no-obligation appointment with us!